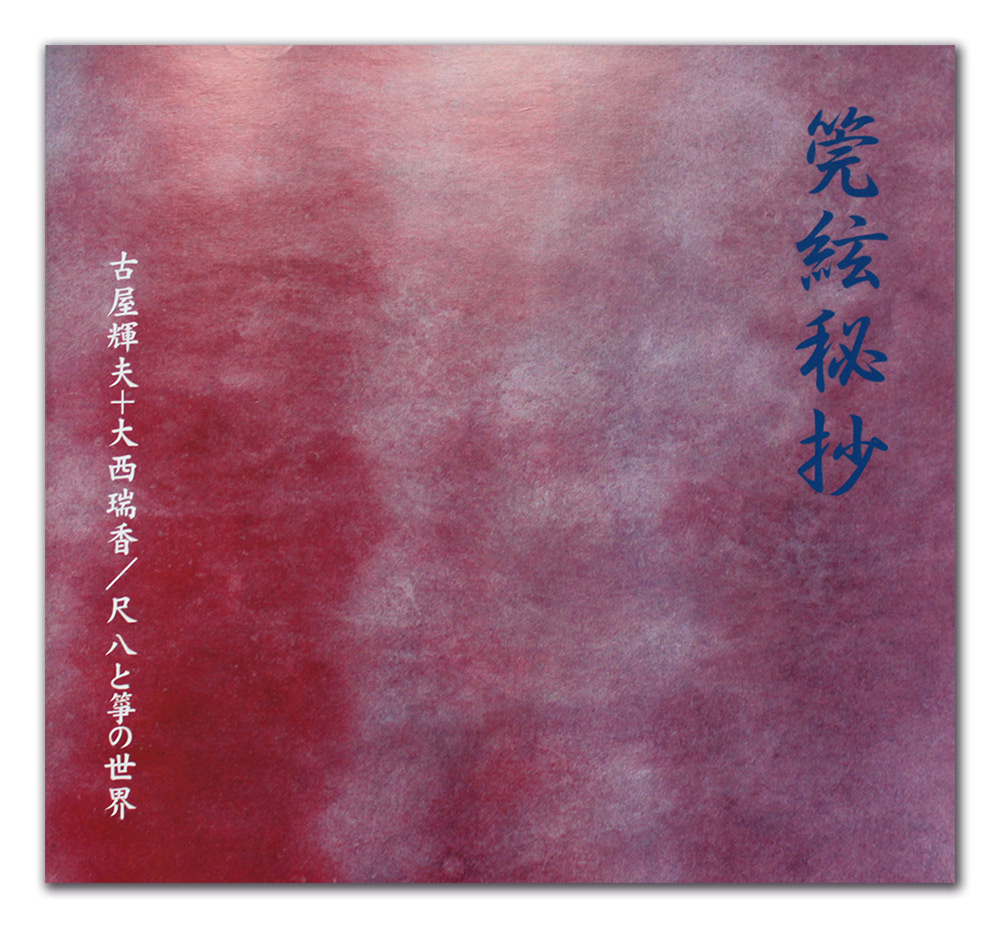 On Kangenhisho, first released in 1996, Teruo Furuya and koto player Mizuka Onishi present a selection of modern and traditional works for shakuhachi and koto.

The first piece Nettaigyo, a short and playful composition by Funakawa Toshio (1962), acts like a joyful prelude to the CD, followed by Maboroshi-no-Hashira (‘Pursuit of Illusion’), a modern piece by innovative composer Chikushi Katsuko also featuring shakuhachi and koto.

In Soh-boh, a 14-minute solo work for shakuhachi by Makino Yutaka (1972), Furuya already shows his masterful comprehension and ability in subtle changes of embouchure to navigate between abstract and melodic patterns in this major composition by Yutaka. In Aki Kaze no Kyoku (‘Autumn Wind’), a traditional piece for koto solo and voice in the sokyoku style, Onishi captures hauntingly the eerie sorrows of the tragedy unfolding in the narrative of the song: Yang Guifei, the favourite consort of Emperor Xuanzong in 8th century China was victim of an intrigue by the imperial guards and Xuanzong had to order her killed. The ‘Autumn Wind’ blows through the town of Ma-wei, where her body was buried.

The CD closes with a masterpiece of modern shakuhachi/koto music – the eponymous Kangenhisho, composed by Higo Ichiro in 1977, weaves together intricate melodic lines of the shakuhachi and koto, exploring the chromatic possibilities of the 5-hole shakuhachi to create a complex and fascinating interplay of the instruments.